Most bread recipes call for rising dough twice before baking. Why does this happen?

Bread is a staple food around the world. It’s inexpensive, versatile, and easy to prepare. The basic recipe consists of flour, water, yeast, salt, and other ingredients. Bread is usually baked in a loaf pan or a cookie sheet.

When you mix the dry ingredients together, they form a paste. This paste is then mixed with a liquid (usually water) until a batter forms. Afterward, the mixture is left alone for a certain amount of time. During this period, the gluten proteins in the flour start to develop, causing the dough to rise.

What Makes A Second Rise So Important?

The first rise takes place when the dough is mixed. As the gluten develops, it causes the dough to expand. When the second rise occurs, the gluten has had enough time to develop and stretch further. This results in an airier texture and better flavor. 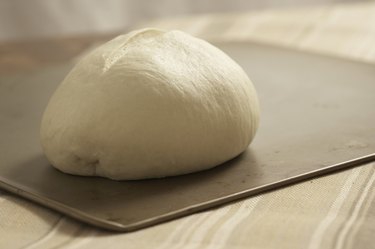 Why Does Dough Need To rising Twice?

The dough needs to rise twice because when making bread or pizza, the dough must have enough strength so that it can hold its shape after baking. Without having enough strength, the dough won’t stay intact. In addition, the dough should not stick too much to your hands. You don’t want to get any crumbs stuck between your fingers. These two things happen when the dough isn’t strong enough.

When you bake bread, the temperature inside the oven reaches about 200 degrees Fahrenheit. Allowing the dough to rise twice improves crumb structure, oven spring, and taste. Dough that has only been raised once is more likely to have an uneven crumb and a bland taste. A second ascent always yields better results. Additionally, allowing the dough to rise twice makes sure that all parts of the loaf receive equal amounts of moisture from the air.

Yes! If you are short on time, you can make bread without a second rise. However, if you do this, be careful not to overmix the dough. Overmixing will cause the dough to lose some of its elasticity. Also, try using a stand mixer instead of hand mixing. This way, you can control how long each part of the dough stays at different temperatures.

Yes! The first rise allows the yeast to do most of its work. It produces carbon dioxide as part of the fermentation process. Carbon dioxide causes the dough to expand. During this expansion phase, the dough rises slightly.

Once the dough begins to cool, however, the CO2 escapes through tiny pores on the surface of the dough. These small openings allow the gases to escape. Because the dough was not left long enough to fully ferment, the CO2 does not get trapped within the dough. Instead, it escapes outwards, causing the dough to deflate.

This deflation happens very fast because the dough has already been shaped into loaves. In fact, the dough can begin to collapse almost immediately after being removed from the oven. If your bread looks like this when it comes out of the oven, don’t worry about it. Just make sure to bake it again so that the bread bakes up nice and brown.

Although bread can be cooked after its first rise, some characteristics of the bread will be sacrificed, and the flavor, crumb, and texture will not be the same. Even if you bake it after only one rise, you will still receive fresh bread. But, the taste won’t be quite as good as if you had waited two days.

No. Although many recipes call for three rises, they are usually referring to the initial rise and subsequent secondary rise.

No. There are several reasons why baking three times would be impractical:

1) Time – A third rise takes too much time. Most people cannot afford to spend hours every night making their own bread. They need something they can use right away.

2) Space – Making multiple batches of bread requires extra space. For example, if you have four loaves of bread ready to go at any given moment, how many different places could you put them all? Not many. And, what if you wanted to freeze half of those loaves? How many freezer bags would you need?

3) Cost – Baking three times costs money. This includes buying ingredients, paying someone else to help with the preparation, and having to pay rent/mortgage while waiting for the bread to finish cooking.

The reason we recommend leaving our doughs alone for 12-24 hours before shaping is because, during this resting period, the dough relaxes and becomes less elastic.

How long should bread rise the second time?

How many times should my dough rise?

There is no set number of rises. The amount of time depends on the type of bread you are making and the recipe you are following. Some breeds require just one rise, others may require two or three. We suggest starting with one rise but feel free to experiment. 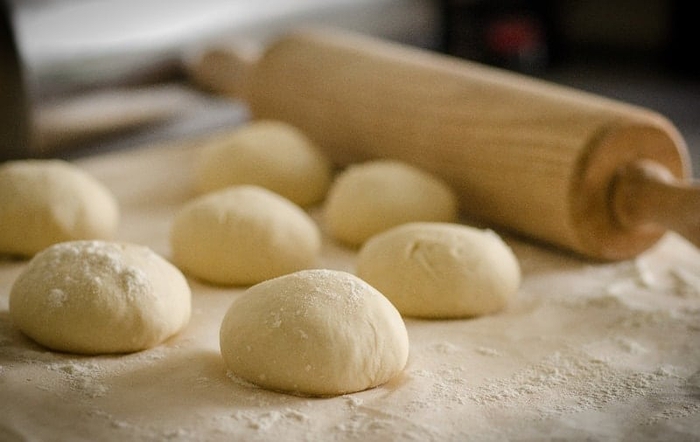 How long is second proofing?

Second Proofing is simply letting the dough sit for an additional 15 minutes. During this time, the gluten network begins to develop further. It also allows the yeast to continue working and producing carbon dioxide gas which helps create a lighter loaf.

Can you prove bread 3 times?

Yes! You can prove your dough up to 4 times. However, we do not recommend doing so unless you are planning on freezing your bread. Proving your dough once creates enough gluten development that you don’t need to prove it again.

What Makes A Second Rise So Important?

Rising dough is important because it allows the gluten to develop and strengthen. Gluten is what gives breads and pastries their structure. It is found in wheat flour and is responsible for making bread rise. As the yeast works, it creates carbon dioxide gas which expands the dough. This expansion causes the dough to rise. Rising dough twice ensures that the gluten develops properly.

Gluten development is the process of developing the protein strands within the dough. These protein strands are called glutenin and gliadin. Glutenin is responsible for elasticity while gliadin strengthens the gluten network. The two proteins are combined together into a single strand known as gluten. Gluten is what holds the air pockets created by the rising dough together. Without these air pockets, the bread would collapse.

The crumb structure of bread is determined by how the flour is processed. Flour is ground into three different types of particles: fine less than 1/8 inch, medium 1/4 inch and coarse more than 1/4 inch. Each particle type contributes differently to the final product. The finer the flour, the more surface area it has, which allows for more absorption of liquids during mixing. This results in a softer crumb. Coarse flour absorbs less liquid, resulting in a denser crumb. Medium flour falls somewhere between the other two. It’s not quite as soft as fine flour, but not as dense as coarse flour.

Flavor is what we taste in our food. We can’t see flavor, but we can feel it. In order to get better flavor, we need to know what flavors are already present in the ingredients we’re using. For instance, if we were making a cake, we’d want to know whether the eggs we used had any off flavors. If they did, we could try adding extra egg whites to compensate for the bad egg yolks. Or, we could choose another brand of eggs altogether.

Baking bread after only one rise is not recommended because the yeast needs time to multiply and develop into a doughy consistency. This process takes about two hours. During this period, the bread will continue to ferment and rise. Once the dough is ready, it’s important to proof it properly. Proofing involves allowing the dough to rest for 10 minutes before shaping it into loaves. This allows the gluten strands to relax and strengthen, resulting in a loaf that holds together well during baking.

How long should bread rise the second time?

How many times should my dough rise?

Bread needs to rise until it double in volume. This usually take about 1 hour. What is the difference between yeast and baking powder? Answer: Yeast is a living organism while baking powder is a chemical leavener. Baking powder contains bicarbonate of soda baking soda and cream of tartar. It reacts with acid to produce carbon dioxide gas, which helps to raise the dough.

How long is second proofing?

Dough needs to rise until it doubles in volume. This usually takes around 1 hour. Why do I get a sticky dough after kneading bread dough? Answer: Dough gets sticky because gluten proteins the protein strands that give structure to dough start sticking together. To prevent this from happening, you should mix the ingredients well and then leave the dough alone for 10 minutes. Then, you can continue mixing the dough.

What happens if you only let bread dough rise once?

You should let your dough rise until it doubles in size. That’s about 1 hour if you’re using yeast. For other types of doughs, it could take longer. What is the difference between active dry yeast and fast acting yeast? Answer: Active Dry Yeast is a form of yeast that needs to be activated before being added to the recipe. Fast Acting Yeast is a type of yeast that doesn’t need to be activated.

Can you prove bread 3 times?

Yes, you can proof dough three times. But you can’t proof dough 4 times. Proofing dough is done to help develop gluten in the flour. This is important because gluten is what gives bread structure. It’s used to give bread volume and strength. Dough that isn’t allowed to proof rises properly tends to collapse during baking. Proofing dough takes place overnight, but you can do it for shorter periods of time as well.

Can you proof dough 3 times?

How many times does dough need to rise?

If you let bread dough rise once, it will not get any bigger. It will still be the same size after rising. But if you let it rise twice, it will become double the size.

In summary, there are many reasons why dough needs to rise both after you mix together the ingredients and again after you shape the dough. As the yeast ferments, it gives off a lot of carbon dioxide. The result is a very airy dough. If you only let the dough rise once, the carbon dioxide would be trapped in the dough and then you wouldn’t have a light, airy dough.